The machine below was built by Paul as a long distance dirt hauler for a very capable rider we will call Graham, mostly because that’s his name. Graham has piloted a Rooney Race bike in the Australasian Safari and does a lot of the (off) road testing of his enduro builds. 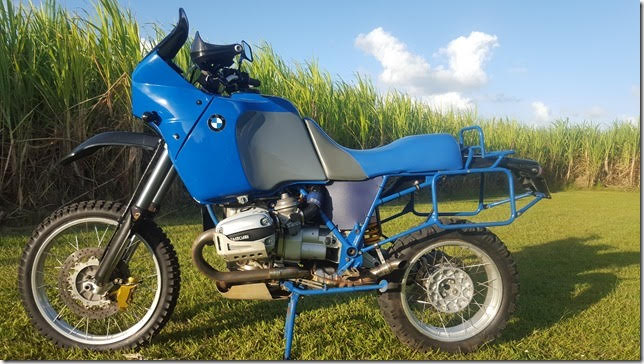 This one uses a carb converted r1150 drive train mounted within a custom Rooney frame . The fairing and tank you may recognise as early Tenere. The tank has been modified to house the airfilter high and dry and is expanded to carry enough fuel to cross a good bit of desert.

The bike handles superbly as you might image and Graham still raves about it as one of the best high speed all road tourers he has ever ridden. And coming from him I’d call that a good review. Unfortunately Graham other life as a farmer meant that he had to pass it on to another lucky character and as far as I know its now blasting around Western Australia. 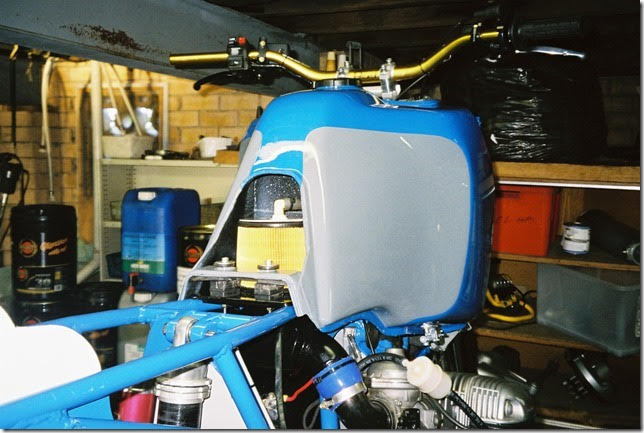 But the Rooney 4 valve frame story doesn’t end here. Paul is a firm believer in continual improvement and while the frame in Grahams bike (shown below) performed very well indeed Pauls new ‘box frame’ has proved itself in the 2 valve race bikes. The integrated design is simple, light, and effective. The temptation to wrap one around an 1150 four valve engine and drive train is just too much. So watch this space, something special this way comes. 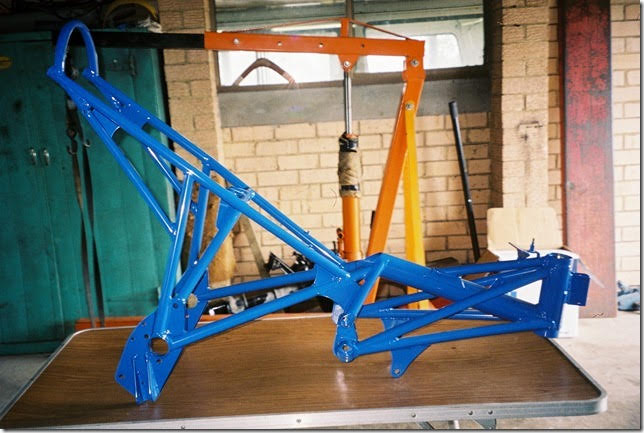